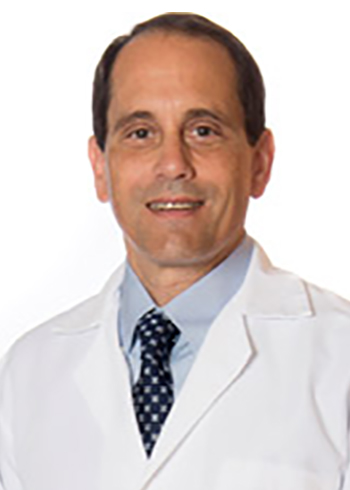 Dr. Brian Cavallaro was a board-certified ophthalmologist and President of the Board at EYE-Q Vision Care, specializing in the diagnosis and management of glaucoma and cataracts. But to those who knew him, he was so much more. He was a leader, guiding the Board through key decisions and important issues with grace and ease. He was an expert in his patients’ care, diligently finding treatment plans and solutions for his patients, improving their quality of life and forming positive, authentic relationships along the way. He was a trusted team member for his coworkers, striving to be a consistent resource as well as an advocate for improving EYE-Q on behalf of staff and patients. At the core of his being, Dr. Cavallaro was a devoted husband and father, putting his family before all else. He was passionate, intelligent, dedicated, and kindhearted. His positive, energetic spirit affected everyone he met, and his premature passing is detrimental to the community as a whole.

“EYE-Q’s goal is to always look at ways to improve the patient experience. As the leading eye care provider, we are committed to growing with the community.”


– Dr. Brian Cavallaro, President of the Board, following the announcement of EYE-Q’s new location at Clovis Community Medical Center

Dr. Cavallaro’s father, Salvatore Cavallaro, was a Navy physician. He met Dr. Cavallaro’s mother, Marie, upon his return from World War II. Dr. Cavallaro and his four siblings, Bode, Hugh, Cathy, and Karen, were raised in Nazareth and Easton, Pennsylvania. Dr. Cavallaro met his wife of 16 years, Maria Cavallaro, while they both worked at EYE-Q in the Central Valley. He was most proud of his six children: Andre, Mijo, Dylan, Chloe, Sofia, and Madeline. Dr. Cavallaro was overjoyed to be able to meet his first grandchild, Pia, daughter of Mijo, born on Monday, June 3, 2019.

Dr. Cavallaro received his Bachelor of Arts degree from the University of California, Berkeley, graduating with High Honors in 1984, and continued on to earn his Master of Science degree at the same institution in 1988. Dr. Cavallaro then earned his medical degree at Chicago Medical School at Rosalind Franklin University, class of 1990. Subsequently, Dr. Cavallaro joined the U.S. Army, completing his internship in 1991 and his residency in 1996 at the Walter Reed National Military Medical Center in Washington, D.C. He also completed a glaucoma fellowship at the world-renowned Bascom Palmer Eye Institute at the University of Miami.

Dr. Cavallaro was a decorated Army ophthalmologist for eleven years, serving as a field surgeon for eight of those years. While he was in practice with the U.S. Army, he worked his way up in rank and ultimately served as the Director of Glaucoma Services at Walter Reed National Military Medical Center in Washington, D.C. He earned numerous awards and honors during his service, including a Meritorious Service Medal, an Army Commendation Medal, an Army Achievement Medal, an Army Superior Unit Award, a National Defense Service Medal, and an Army Service Ribbon. Dr. Cavallaro was honorably discharged on September 30, 2001 and joined EYE-Q Vision Care immediately after as a board-certified ophthalmologist. He became a shareholder and member of the board in 2002, and was elected President of the Board in January of 2013. In his nearly 18 years at EYE-Q, Dr. Cavallaro focused on advancing the practice and the industry as a whole, resulting in hundreds of positive patient reviews and making him a respected, valued presence in the community. He performed thousands of surgeries during his time with EYE-Q.

Over the years, Dr. Cavallaro was a member of many local and international organizations, including the Association of Research in Vision and Ophthalmology, the American Academy of Ophthalmologists, the American Society of Cataract and Refractive Surgeons, the American Glaucoma Society, the Fresno Madera Medical Society, the Alpha Omega Alpha Honor Medical Society, the Bascom Palmer Alumni Association, and the University of California at Berkeley Alumni Association. As a strong supporter of our community, Dr. Cavallaro helped guide EYE-Q’s philanthropic outreach to provide a multi-year founding gift to the Community Cancer Institute in Clovis. Personally, he also supported the Marjaree Mason Center, Valley Caregiver Resource Center, the Veterans Parade, the American Red Cross, and the Cancer Research Institute, among many other organizations.